Teaching into the Future

The Tin Man and the Human Heart – Teaching into our Digital Age: Part 1 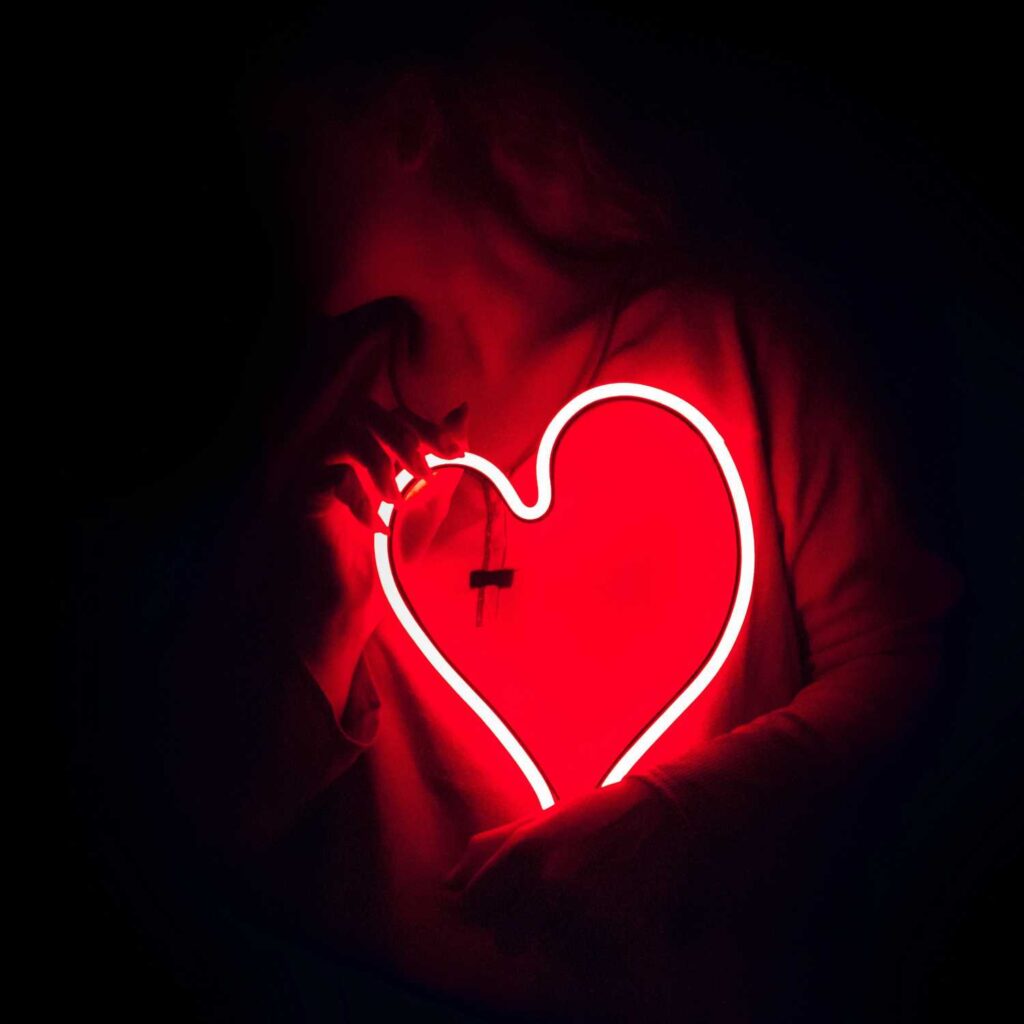 In an age we are calling The Digital Revolution; Waldorf education, among others, continues to hold core human values related to human development at its heart. We are seeing technologies rapidly grow in the world, moving to realign its systems of governance, education and economy in this deep change, the age-old question of what it truly means to be human is vital. At the forefront of the world of education is the effort to maintain the values of love, connection, trust, imagination, collaboration, and common sense. I hope to bring a few of these tools to light in an effort to cultivate core resilience, to meet the emerging future, or at least a future that I want to live in. We are living in times of great transition, uncertainty and exponential change, the ground has shifted, and we need to find new ground to stand on, distinct from that of a reductionist, mechanistic view of the human being. We are simply not just machines. An education grounded on the view of human beings as evolving towards a greater degree of consciousness, development and potential requires a holistic and multifaceted, rather integrative living approach to learning. As an educator, I try to sense and actualize what the emerging future is in order to best serve students who will come of age and be directly guarding humanity in the near future.

I just attended a K-12 core digital teaching education reimagined course by the British Columbia technology sector. In it, I learned that the future of robotics, among other forms of A.I., are exploding in the job market. As I began to look at this, I realized that in order to expand and explode the digital revolution, children and youth and then later adults are in a position of sitting in front of a digital device. In order to engender more digital creations, so as I began to learn more about artificial intelligence, which has been a subject of my research for a number of years, I realized that the advent of AI and the Internet of all things, is definitely on the quest of the human threshold. I was drawn to remember as I was looking at big data and all that is entailed in big data and the digital revolution, which seeks to assimilate humanity really into a grip of algorithmic control by taking ownership of our data and turning it into profit with the help of sophisticated data analytics. They are now effectively manipulating user’s behavior en masse, which is then sold to the highest bidder.

This is no surprise, but what was surprising to me is our human response to it. Many people seem to think that this level of assimilation is at par with human evolution rather than a human devolution of our individual and collective moral values. Cell phone smartwatches, smart glasses are on the rise and here to stay until they are replaced by bionic eyes and body parts, thus incorporating the human with the machine more and more, I began to feel like David with a slingshot facing the giant and the giant instead of Goliath, was big data and big tech. I am not a Luddite, I am not looking backwards. My work at Teaching Into The Future is really to create a human centered future of holism where our humanity is at the core of all that we do. That is what my path as an educator has always been about. Technology is not the problem. The problem is the lack of our awareness of our individual and collective humanity that we are not or failing to consciously consider when we design and expand our technologies when  profit trumps human morality.

A few years ago, I read David and Goliath by author Malcolm Gladwell. He told us that the giant is blind and cannot see what is in front of him, which was namely a small boy with a slingshot. I asked the question, well, what is bigger than the big data of artificial intelligence, what is in our slingshot and where is A.I. blind? I realized that the answer began to come in little waves. The integration of the human capacity for love, self-reliance, and to transcendent creativity through artistic processes. It is our very humanness that big tech algorithms cannot see, the balance between our humanity and our technologies lie in the values that we live by, and we impart to our children, whether we are parents or teachers or both. We could think of it this way, dramatic though it may be, it is like a question of learning through life or death. The life pole in learning, in education, brings a level of freshness, a vitality for growth, curiosity and laughter, play, rhythm, story, nature, a sense of community, a sense of belonging, imagination, the arts, connection with one another.

Attention, warmth, and movement; Rudolf Steiner held these ideals to heart by saying, “We must not let the children receive from us finished ready-made ideas, feelings and capacities, but ideas, feelings and capacities that carry within them all the possibilities of growth.” The death toll, on the other hand, brings reduction, cold fact cemented concepts, dubious corporate interests, algorithm’s screen time disconnection, social isolation, destruction, virtual realities, and avatars, not to mention what is coming around the corner in the merging of humans and machines. This death toll can be seen in what former Google strategist James Williams called the absence of aloneness. He argued that the threat to human freedom has emerged in the systems of intelligent enticement, originating in algorithms that increasingly direct our thoughts and actions. Williams states that as digital technologies have made information abundant, our attention has become the scarce resource in the digital attention economy, which is what they are calling it. The attention economy technologies compete to capture and exploit our media attention rather than supporting our two goals.

To go back to what American transcendentalist Ralph Waldo Emerson said, “You are your attention,” which he said in Self Reliance, considered to be his most influential work, that to believe your own thought, to believe that what is true for you and your private heart is true for all that is genius. Speak your latent conviction and it shall be the universal sense for the most in due time becomes the most. Once again, that Mobius strip that I talked about in reaching for a connection between the teachers and the students, between teaching and learning. Being with your thoughts requires alone time, thinking time. When allowing children to engage with the distractions of the attention economy, they risk losing touch with the experience of what it is to be truly alone with their thoughts. We risk losing to big data the richness of our interior lives, let alone our human heart-based connection with others. Williams also wrote, “The experience of empty space allows for the growth of imagination and independent thought, the ability to form ideas without being swayed by mass opinion. Moreover, virtual connection impedes our ability to connect and empathize.”

In the age of COVID, going into year three of lockdowns around the world, we must ask ourselves how we manage our virtual connections. We have learned that we can rely on algorithms to increase our business sales, our personal preferences and computational learning structures because everybody is wanting to learn, teach and shop online. However, I think that when we are working with children and youth, it is important to recognize that we need to give them the empty space as much as the filled place of knowledge or gnosis of what true genius is, is to have the children dive down deep into their own selves and begin to explore how they think and how they feel about the world as they emerge in it. Otto Scharmer, who is a pioneer of the presenting institute, stated that according to studies, fear, depression and anxiety disorder grow in rough proportion to the use of social media. The more social media you consume, he said, the more at risk you are, particularly as a young person.

I liken this to the Wizard of Oz, this Tin Man who was searching for a heart. When he finally found it, it was through human encounter that enabled him to find love and purpose. Waldorf education, among others, holds a vision for the human being as a consciously evolving species. This model affirms life giving in life, creating principles through the realm of human experience, of goodness, of the beautiful, through art, nature and of truth, based on the human striving to become one with the earth and sky and all things in between. This vision lies in the transformation of our thinking, our feelings, and our deeds. Scharmer, who was once a Waldorf student himself, said that if we want this moment to give rise to a future that is different from the past, what core capacities do we need to build and cultivate now? Rudolf Steiner, the founder of World of Education, talked about education in terms of learning through the head, in the heart, in the hands by cultivating a genuine human intelligence. He said that “Waldorf Education really strives to bring about a transformation of our thinking or feeling in our will into higher capacities of thought, emotional resilience and capable endeavor in our actions,” which works with beneficial, collective and collaborative change.

To develop our capacities of speaking and listening to the center of ourselves into the periphery of our world is rather, once again, like breathing through key signatures of expansion and contraction in our being. We can teach through the breath at home or in a classroom setting. What are expensive activities and learning modalities, what are contractive, leading us back into the core of ourselves for reflection and insight? Learning and teaching through the metaphorical heart and lungs has the capacity to bring about emergent, fresh insights into our educational experience. Human intelligence far surpasses computational intelligence, though there are people who would argue that, but I am asking you what the deeper capacities of genuine human intelligence are and whether they are based in the light of insightful dialogue. We must emphasize creative approaches as a community of people with diverse interests and capabilities. When we engage and collaborate with others on any level, at any and every age, and it brings the light of imagination to the fruit of our conversations and engagements, that is when a catalyst for change will occur. 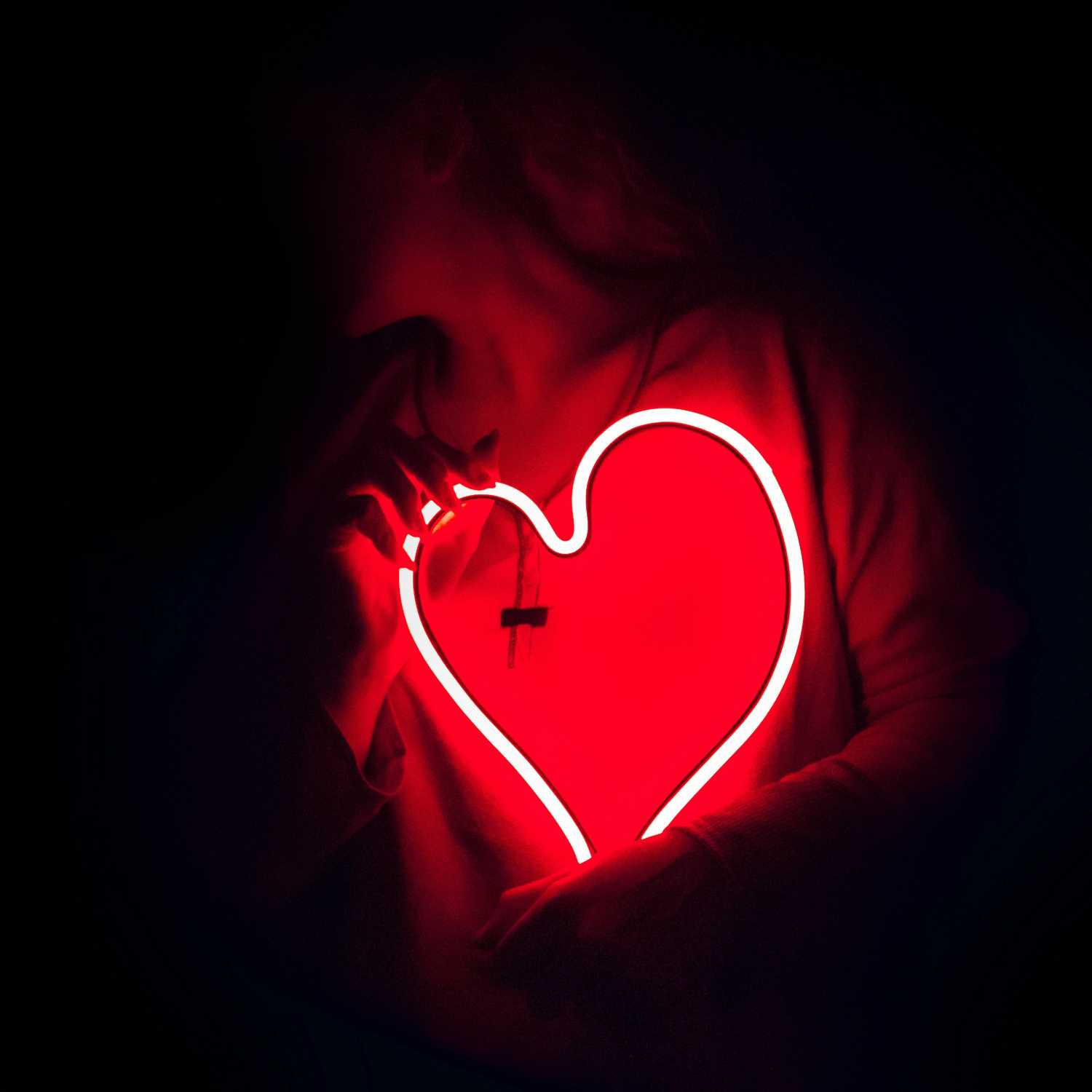 The Tin Man and the Human Heart – Teaching into our Digital Age: Part 2

I believe that the heart of humanity is to be found through natural rhythms of human development. Our dependence on 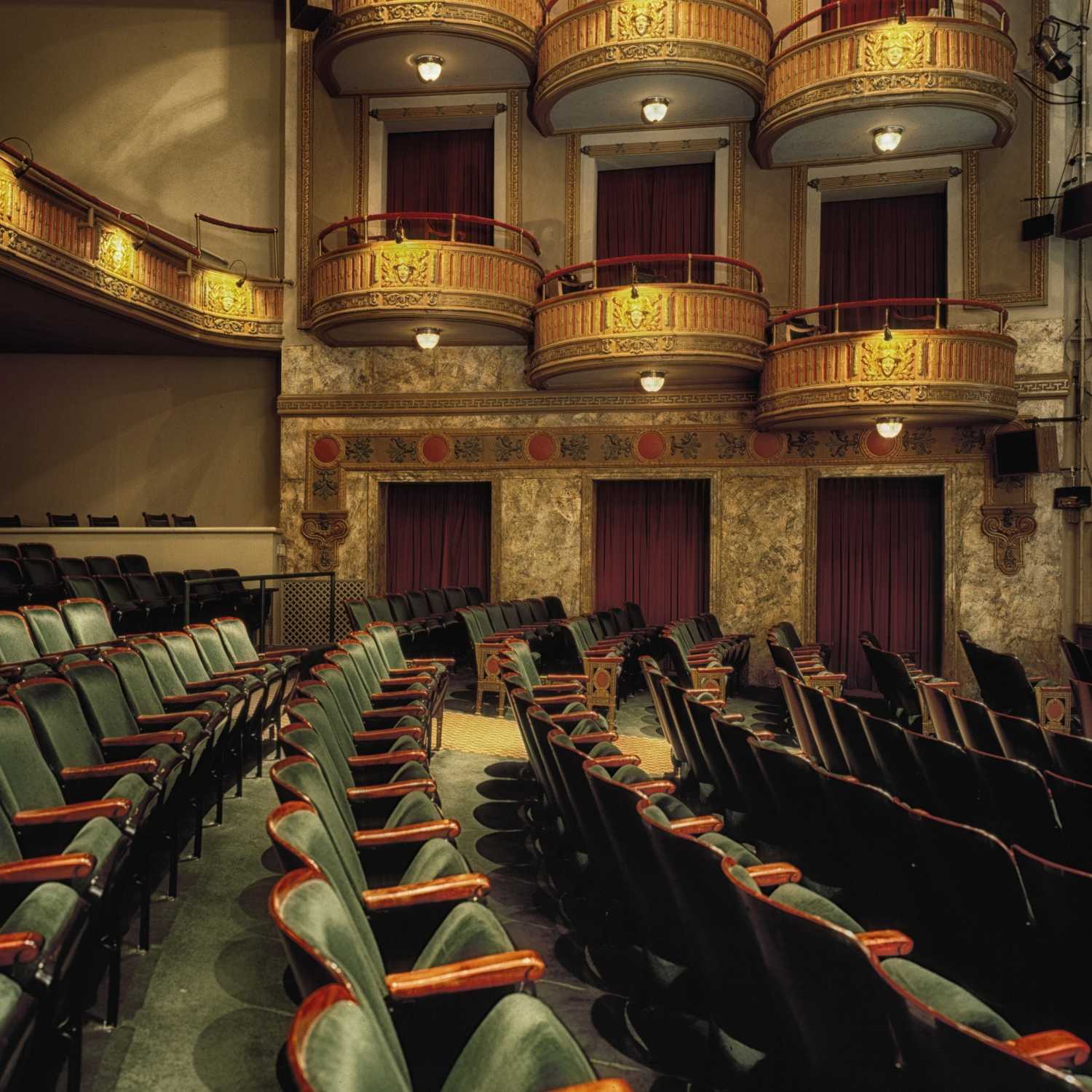 The Classroom as a Theatre

I was fortunate enough to teach the same class of children in a Waldorf school for many years. At the 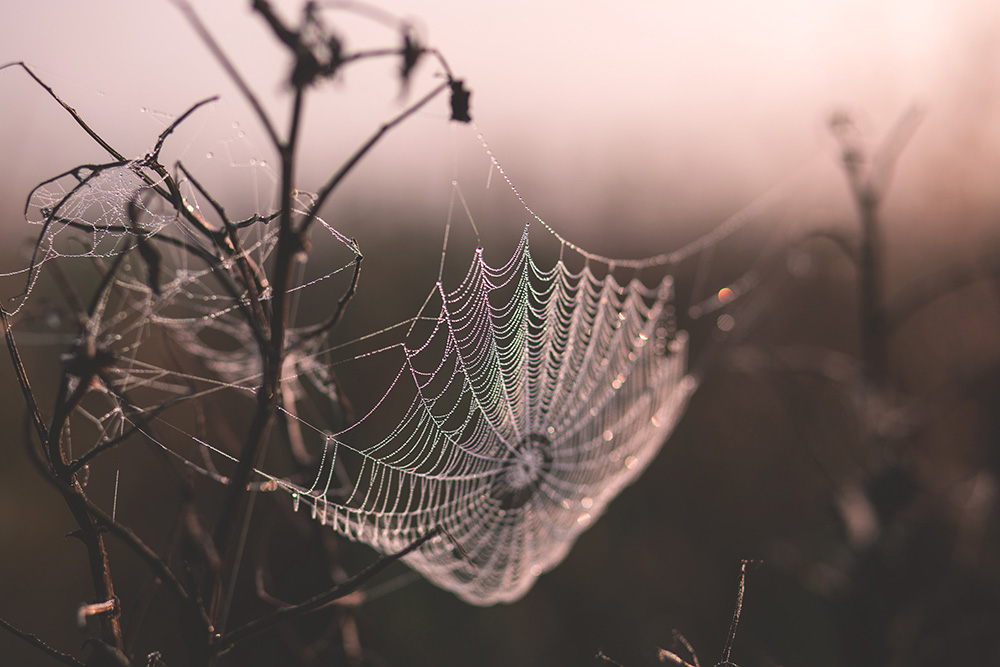 How do we hold the wealth of curriculum? We need to relate on a personal and a communal level to

Teaching into the Future